1950: Haka-Hakkapeliitta and the age of the automobile

Rubber wheels became an essential part of traffic. Trucks surpassed trains for goods transport and passenger cars were available to increasingly more people. There was a tenfold increase in the number of cars in Finland between 1945 and 1960.

The demands of winter traffic increased. Over half of the Finnish roads were covered by ploughing services. This new type of road maintenance made the surface smooth and slippery. The axle weights of trucks and buses also increased.

In 1956, a new product called Haka-Hakkapeliitta was introduced. The load-bearing tyre tread had increased to twice the size in order to provide grip on packed snow and ice. The new tyre received an enthusiastic response, as earlier sales records were beaten the next autumn. The body material of the Hakkapeliitta entered a new age, and tyre manufacturing surpassed shoe production. A total of 130,000 car tyres were manufactured per year.

Import deregulation started gradually. In 1956, imports of car tyres were deregulated, which put Gummitehdas in a new competitive situation. In 1959, the name changed to Suomen Kumitehdas Osakeyhtiö, and at the end of the decade, the company once again entered the export markets, especially in Sweden. The Hakkapeliitta tyre spearheaded the exports.

A network of tyre retailers was being constructed in Finland.  Tyre retailers played a central role in the distribution of winter tyre knowledge. The agents were trained by the legendary Sales Manager Erik Sundquist who took part in the launch of the first Hakkapeliittas. 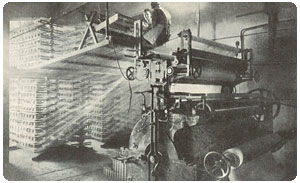 The core of the car tyre body is the weave or cord. It consists of strong beam threads and thinly woven weft threads that keep the cord together. Suomen Gummitehdas imported all of its cord until the decision to buy weaving machines was made in 1948.

For a long time, cotton was used as the cord for car tyres. During the war, there were cotton shortages. A solution was found in the cotton cord woven by Tampella in Finland. In the 1950s, the material was replaced by rayon (viscose fibre), woven from cellulose, that was found to have better pulling and bending strength than cotton. By 1955, Gummitehdas had switched entirely to rayon cords. It was manufactured by Oy Cord-Tuotanto in Finland.

The next step was the nylon cord that was used in heavy tyres from the mid-1960s onward. Modern tyres have varied materials and cords are made of polyester, for example. 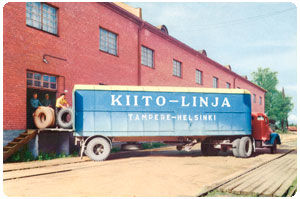 The new wave of exports from Suomen Gummitehdas was aimed at the Nordic countries. The pioneer was the marketing company Finska Gummi Ab founded in Sundsvall, northern Sweden, in 1959. During its very first year, the company sold 8,500 tyres. King Gustav IV Adolf of Sweden also purchased Haka-Hakkapeliittas for his car.

In 1964, Finska Gummi moved to Stockholm and focused entirely on tyres; by this time, 36,000 Hakkapeliittas were being exported to Sweden each year. The name of the current marketing company is Nokian Däck AB.

Image: Tyres start their journey to the retailers, carried by the Kiitolinja transport company. 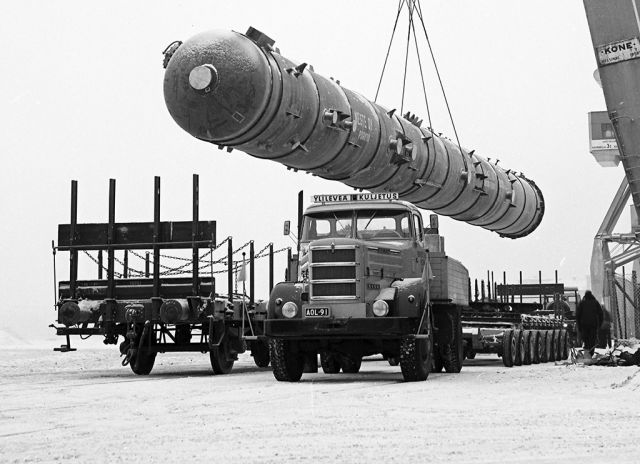 When the manufacturing of winter tyres started in Finland, separate car tyre dealerships did not exist. Hardware shops were the most significant sales channel. As the number of cars increased, car dealerships in the larger towns and rubber workshops in the smaller towns started selling tyres. Each dealership signed a separate contract with the tyre company. The best sellers were in class A.

After World War II, car dealerships focused on cars and increasingly more specialist tyre shops opened. Currently, Nokian Tyres’ own Vianor chain is an important flagship for tyre services as well as car maintenance; it has over 1,000 stores in over 25 countries.

A winter tyre on every wheel

Drivers were still wondering how to mount winter tyres. Are they really necessary on all wheels, or would driving wheels be enough? Suomen Kumitehdas campaigned for safe winter driving and reminded drivers that winter tyres are needed on all wheels in order to maintain safe steering. The tread of the Hakkapeliitta winter tyre had been designed to be one fifth wider than on a summer tyre, and it had up to 50% more tread depth. This would only provide added safety if the winter tyres were fitted appropriately.

Image: Testing a truck with winter and summer tyres. A responsible driver fits winter tyre at every corner. 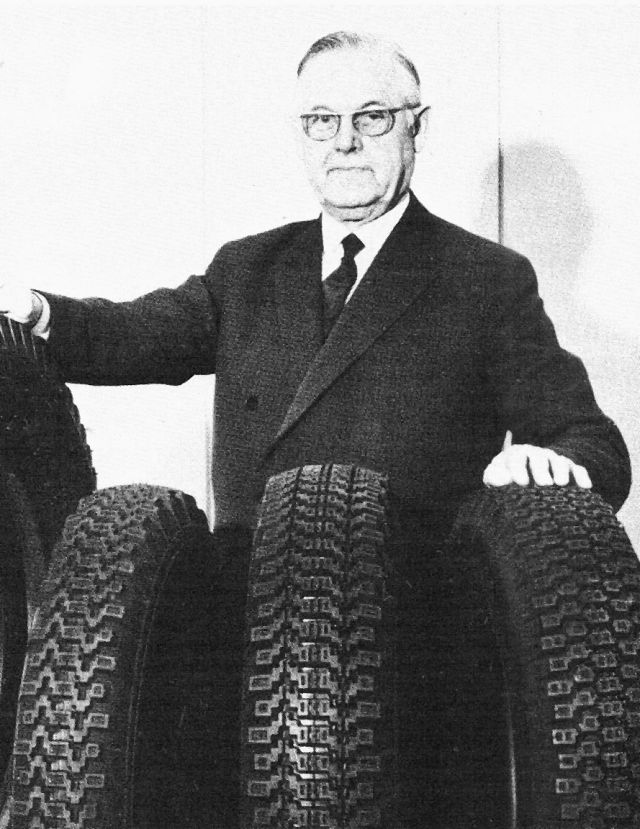 Sales Manager Erik “Sumppa” Sundquist from the tyre department was known as the spokesman for winter tyres. He was already involved when the Kelirengas was introduced and promoted the sales of several Hakkapeliitta generations during his forty-year career. Sundquist listened carefully to the messages that retailers received from the drivers. He had close customer relations; so close, in fact, that when his Ford Pilot got stuck in slush during a promotional tour for Hakkapeliittas in the late 1940s, he did not hesitate to ask his passengers to push the car. The only problem was that the busy Sales Manager did not stop to pick up his customers again! Sundquist made the Ford Pilot a mainstay in the winter tyre commercials. It is also possible that the enterprising Sales Manager was behind the Hakkapeliitta product name.

Image: Erik Sundquist worked tirelessly in order to develop the tyre retail network and the position of car tyres in the rubber factory’s sales portfolio.