review by the president and CEO 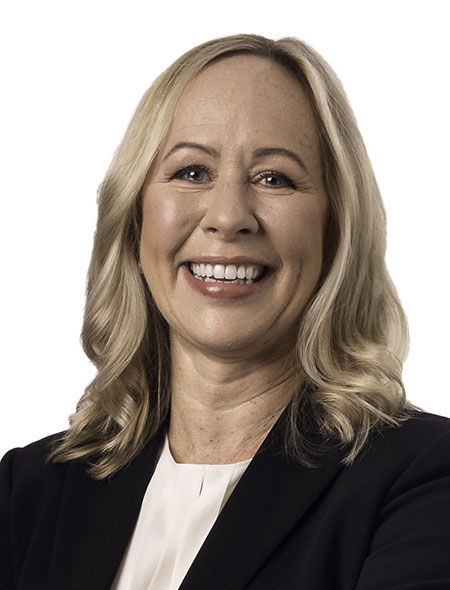 Hille Korhonen, President and CEO: “In January-September 2019, our net sales with comparable currencies were at the previous year’s level. The good progress in Heavy Tyres and Vianor continued, while net sales in Passenger Car Tyres decreased as the car and tire market in Europe continued to be soft. This together with higher material and expansion costs impacted our profitability negatively. In Russia, the market has turned weak, which is a clear change compared to our expectations in the beginning of the year. It is expected that markets will remain soft in 2020.

Regardless of the headwind in the market, we focus on executing our strategy. In October, we reached a significant milestone when we celebrated the opening of our US factory in Dayton, Tennessee. We are extremely excited about the opportunities the new facility provides us to further expand our presence in North America. We will start the commercial tire production in US in January 2020. In addition, the construction of our new testing center in Spain and the project to increase Heavy Tyres’ capacity are proceeding according to plan.

In September, we received great recognition for our sustainability achievements when Nokian Tyres was again selected in the DJSI World index and also in the more strictly defined DJSI Europe index. I’m also very pleased with the occupational safety development, especially in the Heavy Tyres business, which has been an entire year with no occupational accidents leading to absence. We want Nokian Tyres to be seen as a sustainability benchmark in the industry and these results prove that we are on the right track.”

Hille Korhonen, President and CEO: “In the first half of the year, our net sales with comparable currencies were slightly higher than in the same period last year. The progress we made in Heavy Tyres and Vianor was offset by lower net sales in Passenger Car Tyres. The drop in the passenger car tire sales volumes, mainly in Central Europe, had a negative impact on our operating profit. In addition, the result was impacted by currencies and higher material and production costs.

In H1/2019, the development in the car and tire sector continued to be weak in Europe. The competitive landscape in the Central European replacement car tire market is tight due to weakness in the OE segment, as there is a high supply of tires in the market. We expect short-term weakness in sales volume growth in Central Europe to continue during the remainder of the year. There is also some level of uncertainty in the Russian market.

Despite market uncertainties, we will continue to pursue our growth agenda going forward. Our focus is on executing our strategic projects, especially the US factory ramp-up. During the first half, we invested EUR 148 million including the US factory, testing center in Spain and Heavy Tyres capacity increase. In the US, in line with the original schedule, we reached a significant milestone by producing the first test tire in the new factory in summer. Commercial production is expected to start in early 2020.

In Spain, the construction work of our new testing center is proceeding on schedule. The center enables year-round testing of summer, winter, and all season tires, and it is the largest single investment in testing in Nokian Tyres’ history. A good example of our strong R&D and testing capabilities are the new Central European summer tires, which are showing a good commercial success.

In Heavy Tyres, the project to increase the production capacity of the factory in Finland by 50% and more than double the number of new products is well underway. A new R&D center, which is being built as part of the investment to accelerate the testing phase of new tire models, will be completed this year.”

Hille Korhonen, President and CEO: “Nokian Tyres had a diverse start to the year. With comparable currencies, our net sales increased by 3.8% with good progress in Heavy Tyres and Vianor. Car tire sell-in in the Nordics and Central Europe declined which, together with the timing of deliveries in North America, had a negative effect on Passenger Car Tyres’ net sales. This was partly offset by earlier deliveries in Russia. Operating profit decreased due to the highly competitive tire market in Central Europe, as well as currencies.

In March 2019, we received the final ruling on the tax dispute for 2007−2010, as well as concerning the year 2011. Both decisions were positive for the company, and adjustments to the financial reporting have been done during the first quarter of 2019.

Sustainability is an important part of our strategy, and I am particularly proud that in February the company received the Silver Class distinction in the RobecoSAM Sustainability Yearbook 2019. As a premium tire brand, we want to set an example as a responsible company that aims for sustainable growth.

In 2019, we continue to pursue our growth agenda, despite softness in the car and tire market in Europe. Our focus is on executing our strategic projects, especially the US factory ramp-up which is proceeding according to plan, and commercial production is expected to start in early 2020.”

Hille Korhonen, President and CEO: “In 2018, we made good progress especially in Russia and North America. With comparable currencies, Nokian Tyres’ net sales increased by 5.7%. The growth was driven by Passenger Car Tyres, despite the negative impact of a delayed summer and lower new car sales in Sweden and Norway. Operating profit increased, although the negative currency impact was significant.

The construction work at our new US factory as well as Heavy Tyres’ capacity increase in Finland are proceeding as planned. The test center project in Spain is ongoing and on schedule. All these investments will be major assets to us as we have now entered our next phase of growth. We are aiming at doubling our sales in North America and growing our sales by 50% in Central Europe in the next 5 years, as well as maintaining our market leader positions in the Nordics and Russia.

In November, we published our new financial targets for 2019–2021. Our targets are as follows: growing faster than the market, healthy profitability, and dividend above 50% of net earnings. These targets will guide us in reaching our strategic ambitions.

Nokian Tyres is a life driven company, facilitating safe driving. As people drive home in their everyday lives, we offer peace of mind in all conditions. Our mission is powerful, giving all of us at Nokian Tyres a high purpose for our work, every day. I would like to thank our customers, employees, and other stakeholders for another successful year in 2018. We have an impressive 120 year history and are committed to continue building on our success together in years to come.”